The EARN IT Act is back in the United States Congress once again, and it's packing additional punches. Yet again, we're on the brink of a nightmare scenario caused by politicians who have no clue about the technologies that have made the internet a fundamental part of everyone's lives and how we depend on data security and privacy of our communications. Because of this, social media and messaging platforms will have to become the all-overseeing internet police. The EARN IT Act is widely opposed by groups like the Electronic Frontier Foundation and many LGBTQ+ and civil rights organizations.

The repercussions of such a bill being passed will be felt for generations and is a war on critical breakthroughs of technology that have allowed minority groups and high-profile people around the world to communicate safely. Everyday encrypted communication platforms will risk losing liability protection if they do not implement backdoors for law enforcement or the government. However, the most infuriating thing about this all is that we have already been in these footsteps. We already defeated the EARN IT Act in 2020; however, it has again haunted us.

The EARN IT Act, short for Eliminating Abusive and Rampant Neglect of Interactive Technologies Act, was proposed legislation in the United States Congress. The bill's purpose in question was to amend Section 230 of the Communications Decency Act, which grants immunity to content providers for user-generated content. This provision is critical to the freedom you have online and is why platforms like Twitter, YouTube, Facebook (yes, I have to bring it up), and Medium exist. Without it, platforms could have been sued by anyone for content they didn't like. This key provision allowed the internet to grow and for you to connect with people around the globe.

Content providers would need to "earn" these protections if it passed. The guidelines for these protections would be an unelected committee that is 100% not representative of you and focuses on some small demographic, likely the anti-sex and anti-porn groups that support the bill. They would not represent minorities, LGBTQ+, sex workers, or other marginalized/underrepresented communities that rely on Section 230 to have a voice. For those not in America, this is, unfortunately, how everything in Congress goes. You elect people who say they care for you, and then they backtrack on all their promises. Lobbyists and money run the world, and you are powerless at stopping them and having a word in every legislation. Politicians earn millions each year thanks to lobbying and corporate money in politics.

This unelected committee, dubbed as the "National Commission On Online Child Sexual Exploitation Prevention", to what I assume is to appease illiterate boomers, would be responsible for investigating issues related to online platforms' content. The committee would then decide on "Best Practices" for social media platforms. In exchange for them following these practices, they receive their immunity.

However, by far, the scariest provision is that Section 230's liability clauses are altered to allow a state to sue a service provider that "allows end-to-end encryption and do not provide means to enforcement officials to decrypt the material." This is an absolute bombshell of a clause that undoes every expectation of privacy from services you depend on (such as Signal, iMessage, or WhatsApp). Your communications would no longer be just for two sets of eyes; there'd be multiple that can decrypt your data at a moment's notice without a warrant, court order, or even probable cause. It's the same as parents reading your text messages to ensure that you aren't "straying away from God" and "performing sinful behaviors." It puts YOU at risk.

The commission is putting a gun to the heads of service providers and saying, "no encryption backdoor? bye bye immunity!" Wow.

Thankfully, this absolute disaster of a bill didn't see the light of day. After a storm of people calling representatives and senators urging them not to put the bill onto the floor, it died in committee. EARN IT was dead. Or so we thought...

EARN IT is back for Round 2. On January 31st, 2022, Senators Richard Blumenthal (D) and Lindsey Graham (R) re-introduced the EARN IT Act in the Senate. The bill, for the most part, remains unchanged; however, now it tries to passively cite the end-to-end encryption nonsense by saying, "it could expose you to liability if you don't do it, but we probably won't make it that way." Not only does it do the same thing, but nobody on the internet is falling for your bullshit.

This bill is expected to be voted on in committee by February 10th, 2022. If it passes, it will go to the floor for a vote that Congress members will undoubtedly attempt to fast-track. Ramming a bill that has such severity and power to alter the fundamentals of privacy and security through Congress is reckless and dangerous. If it's signed into law, fear-driven censorship and undermining of your privacy and safety online will be commonplace. At a moment's notice, your communications can be broken by any current or future government because someone decided that it "protects the children!!!!" (more on this in a bit). Has anyone noticed that all these garbage bills, unrelated to the internet, are driven by some fear of "Think of the children!!!" or "Think of the wealthy people!!!!!" If you have, congratulations; you are smarter than a 5th grader.

It Doesn't Solve The Issue It's Trying To

Not only does this bill undermine your safety online, but it also won't even solve the problem it's trying to. Make no mistake, I am heavily against the distribution of CSAM, and it is a legitimate problem when this content is rampant across platforms on the internet. However, this bill will make investigations on this content harder than ever. The internet is not made up of sites like Facebook and Twitter. There's an underbelly to the internet that some call the dark web. While I believe it's a niche term, it fits the situation well. Networks such as Tor and I2P (which is pivotal to internet anonymity for everyone) exist. These decentralized networks are abused by a subset of bad actors for all sorts of nasty stuff, from credit card theft, illegal guns/drugs, and disgusting CSAM distribution. This bill will only push the bad actors to learn about these networks and start using the underground to conceal their identity even further. That makes investigations harder, and even more of these horrid sites appear on the network. Trying to hide the problem is not a solution.

In addition, content providers have already implemented protections against the distribution of CSAM. Many organizations such as Discord, Twitter, and Google implement PhotoDNA, image-identification software designed to identify known hashes of CSAM. When this happens, content is automatically locked and reported to authorities. This puts people who distribute this content on these sites where they belong, in jail.

This bill also heavily attacks end-to-end encryption. End-to-end encryption is a critical technology that secures your communications from the service provider. So, Apple can't read your messages*, Signal can't read them, WhatsApp can't read them**, so on and so forth. This encryption is essential not only for security but your privacy, ensuring that only you and the recipient know the content. The EARN IT act challenges this and wants these companies to include backdoors into their software. Some will argue that "it's only for the good guys" and will not be used without due process. However, the EARN IT Act makes no guarantee of this. Also, there is no backdoor "for the good guys." Once you give encryption a master key, it becomes useless. Think of it as a school or hotel master key, and it can open every door in the building. Keys can get dropped on the floor without the person noticing. All someone has to do is steal that master key, and they have a way into every single message by every person in the world.

*When iCloud Backup is off.

**WhatsApp still stores a lot of metadata about your messages.

This isn't limited to just the United States either. There is proposed legislation in the European Union called the Digital Services Act, which also wanted to address specific types of online activities. Until recently, the DSA was a disaster that could have required an "upload filter" to moderate content and mandated compliance with what the European parliament decided was "illegal" content. However, this bill has been substantially weakened recently, a victory for everyone. However, it's not all sunshine and roses, as the DSA still would require cell phone registration for "pornographic content creators," which is a blow to sex workers and many other content producers in Europe.

The EARN IT Act and the DSA are a one-two punch to sex work. If you thought FOSTA and SESTA were bad enough, this brought it to a whole new level.

I don't think I have to explain that these bills are absolute disasters that should die in their respective committees. But here we are, now on the brink of another attack on our freedom and privacy online. Don't get me wrong; we need to keep Big Tech in check and address the problems of CSAM distribution. But these bills will have a blowback of epic proportions and put many marginalized groups at risk that won't even solve the issue it wants to. If you're in the United States, immediately contact your senators and voice your opposition to the EARN IT Act. You can do this by texting RESIST to 50409. 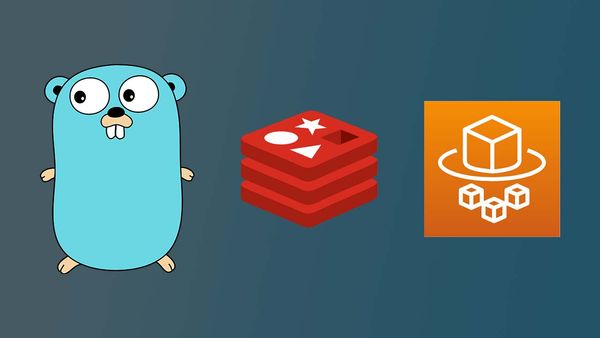 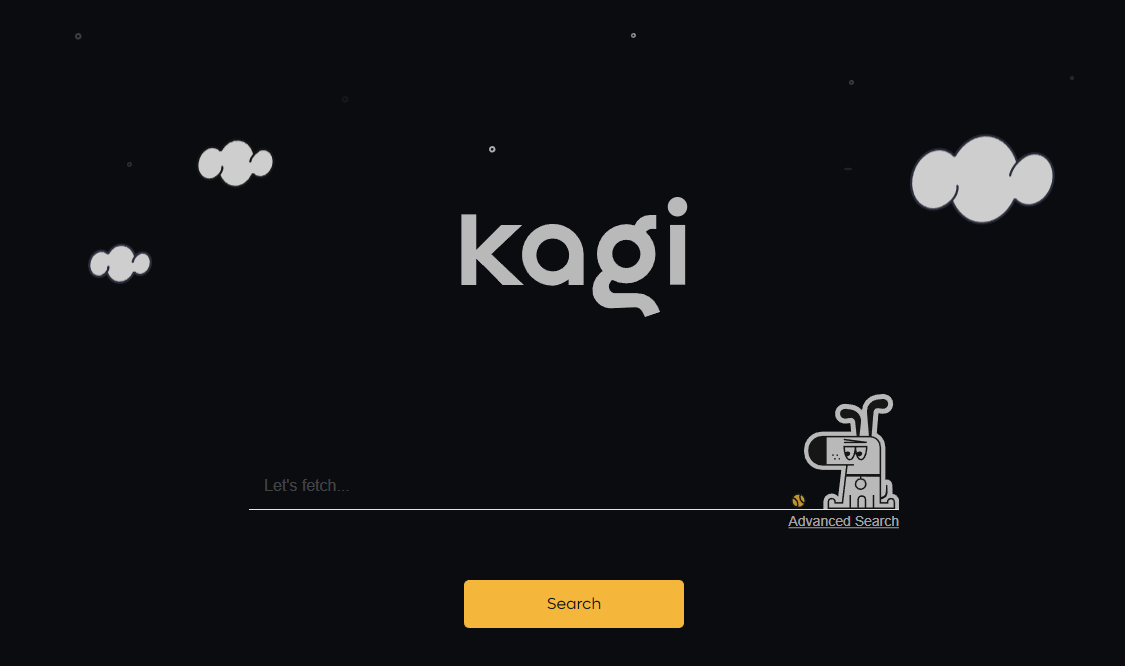